“Just met me from the past, the sexual tension was too much to bare.”

This article first appeared in Out magazine.

Lil Nas X is ready for the double team.

The superstar musician revealed his new wax figure today, showing off the uncanny resemblance to him. The new figure comes complete with X’s beautiful gold armor from the 2021 Met Gala. Of course, Nas has been making the most of it on Twitter. 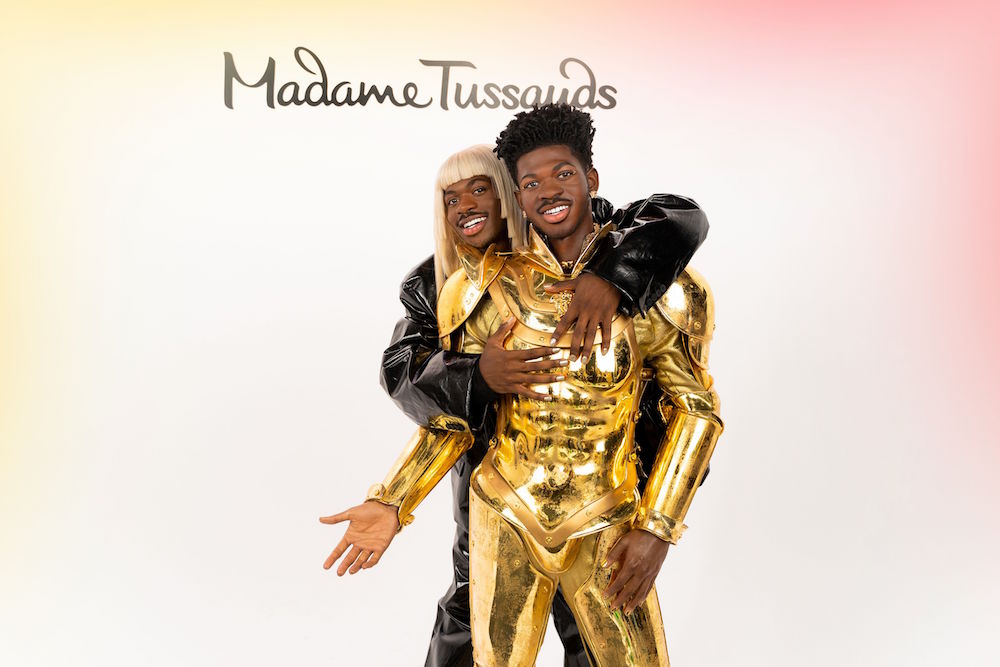 “Just met me from the past,” the rapper and singer tweeted about his new wax double. “The sexual tension was too much to bare.”

He also shared a video of him posing in front of the figure and even kissing its lips.

While we’ve seen some pretty terrible wax figures in the past, this is one that we absolutely love!!! (We wouldn't mind kissing this wax Lil Nas X ourselves!)

He also added another tweet labeled “thinking dangerous thoughts,” where he screenshotted an old tweet of his saying, “I’m sick of pretending I don’t wanna clone myself and then make love to my hot sexy body.” Now he finally has the chance!

But Lil Nas X wasn’t done with the fun there! He also posted a video of him calling and Facetiming a bunch of famous friends, including Olivia Rodrigo, Troye Sivan, Lizzo, Rico Nasty, and Steve Lacy.

“This is the best one of all-time,” X says in the video.

“I thought it was you, I was like, ‘why are you in your Met Gala outfit?’” Lizzo says while cracking up.

You can visit the museum today in Hollywood and take your own sexy selfies with Lil Nas X now!